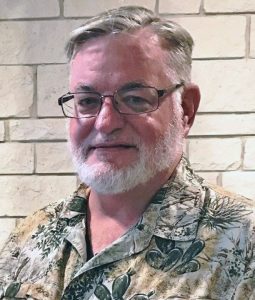 I am John E Thompson III but I like to go by Jack.

As a young man I have always been interested in being in the outdoors as much as I could.  I grew up fishing and in scouting programs.  In 1997 I took to hunting and grew to become an outdoor enthusiast.

I serve as an Area Chief for Bexar County, San Antonio. I attend workshops and outreach activities as my schedule allows. I try to teach a variety of classes thought out the year of both varieties the classroom format or the online & field class format. I have taught at a church, Academy, Dick’s Sporting Goods and currently at Government Canyon State Natural Area. I have been teaching at GCSNA since 2010.  I try to teach one Hunter Education Instructor class per year.  I am blessed enough to have a few other instructors in the area to work with when they are able too.  I am also a TYHP Hunt Master for one south Texas ranch that hosts four hunters every year.

I currently work for the Air Force in IT security, prior to that I was in the United States Navy for 25 years. I served in the Pacific Submarine Force stationed in Hawaii for most of that time. I retired in 2000 from The San Antonio Recruiting District Head Quarters. In 25 years I traveled to Europe, Asia, Australia and the North Pole.

It is important to me to hear from those I serve in Region 5 please use the form below to contact me direct.